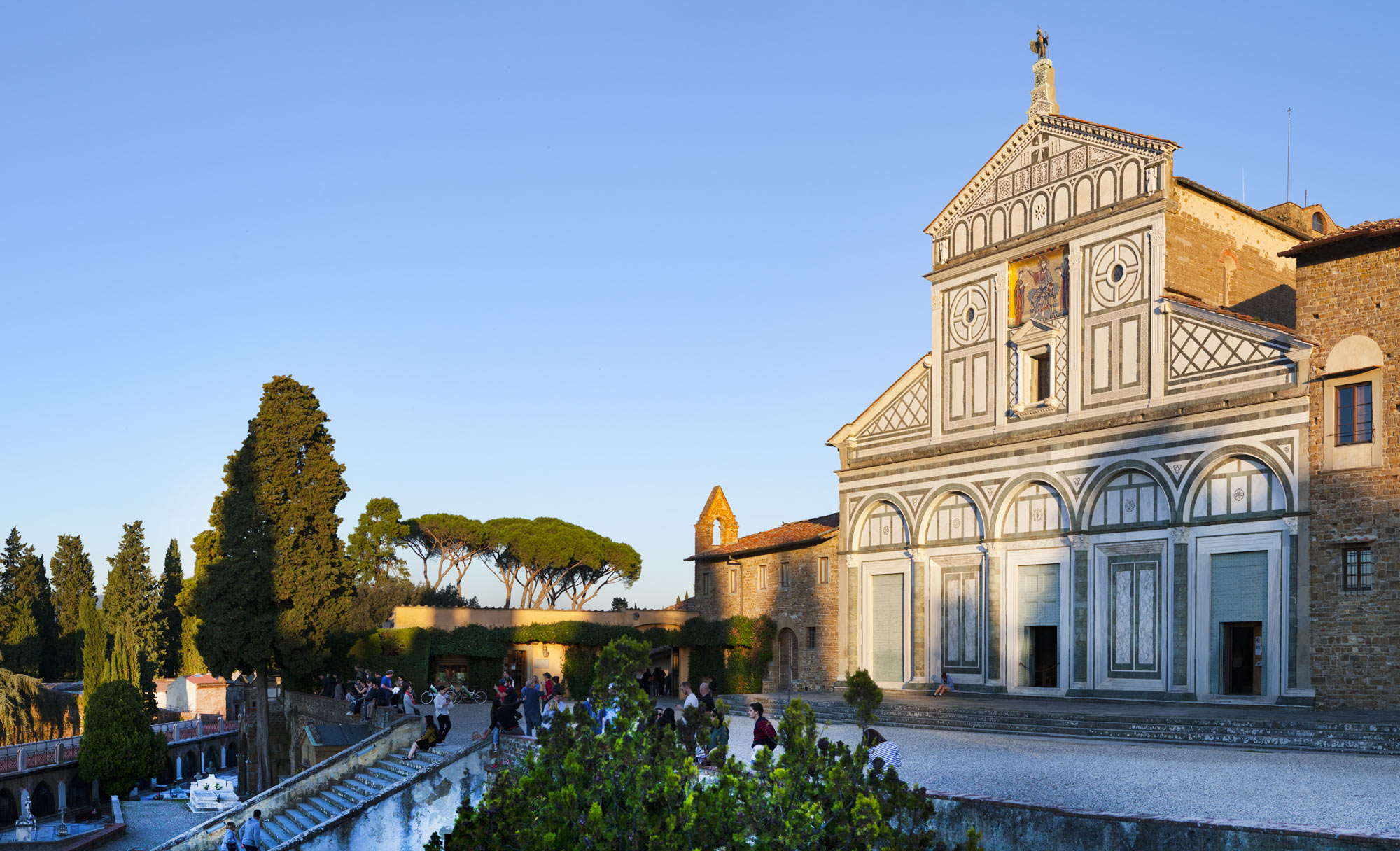 An eagle in place of the cross…

The facade of the Church of San Miniato a Monte is such a masterpiece of Florentine Romanesque architecture that it is strikingly beautiful even from a distance. It is one of Florence’s oldest and most beautiful churches. Whilst the exterior is linear and austere, the interior is filled with masterworks of rare beauty. It is interesting to notice that the façade is crowned with a gilded copper eagle, in place of the cross, the symbol of Christian faith. The eagle clasps a bale of wool in its talons, which was the symbol of the Florentine Arte di Calimala (cloth merchants’ guild), one of the city’s most powerful and influential guilds, which was responsible for the church’s upkeep from 1288. Such was the guild’s power that it was granted permission by the clergy to place its symbol, the eagle, in place of the cross at the top of the facade. 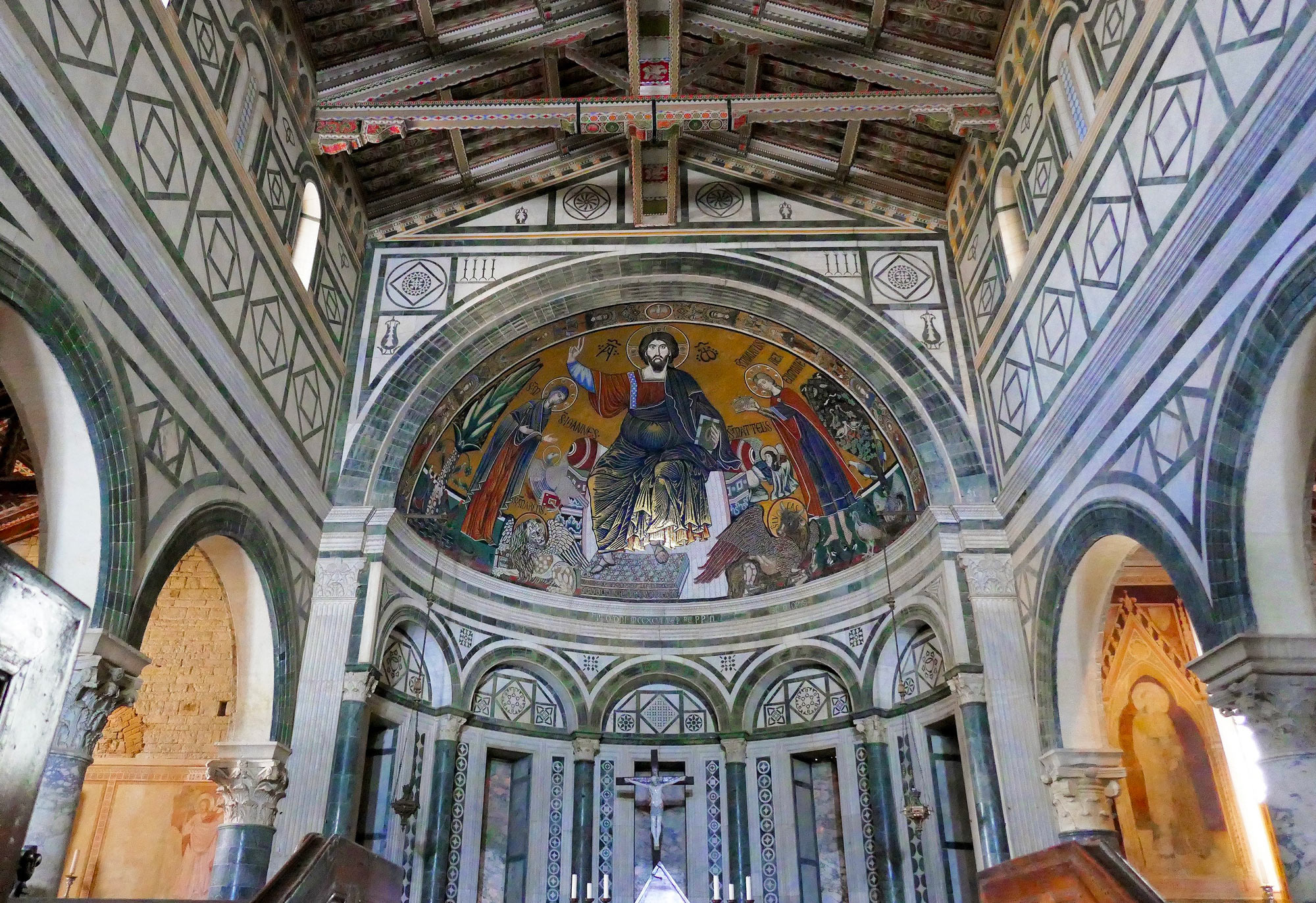 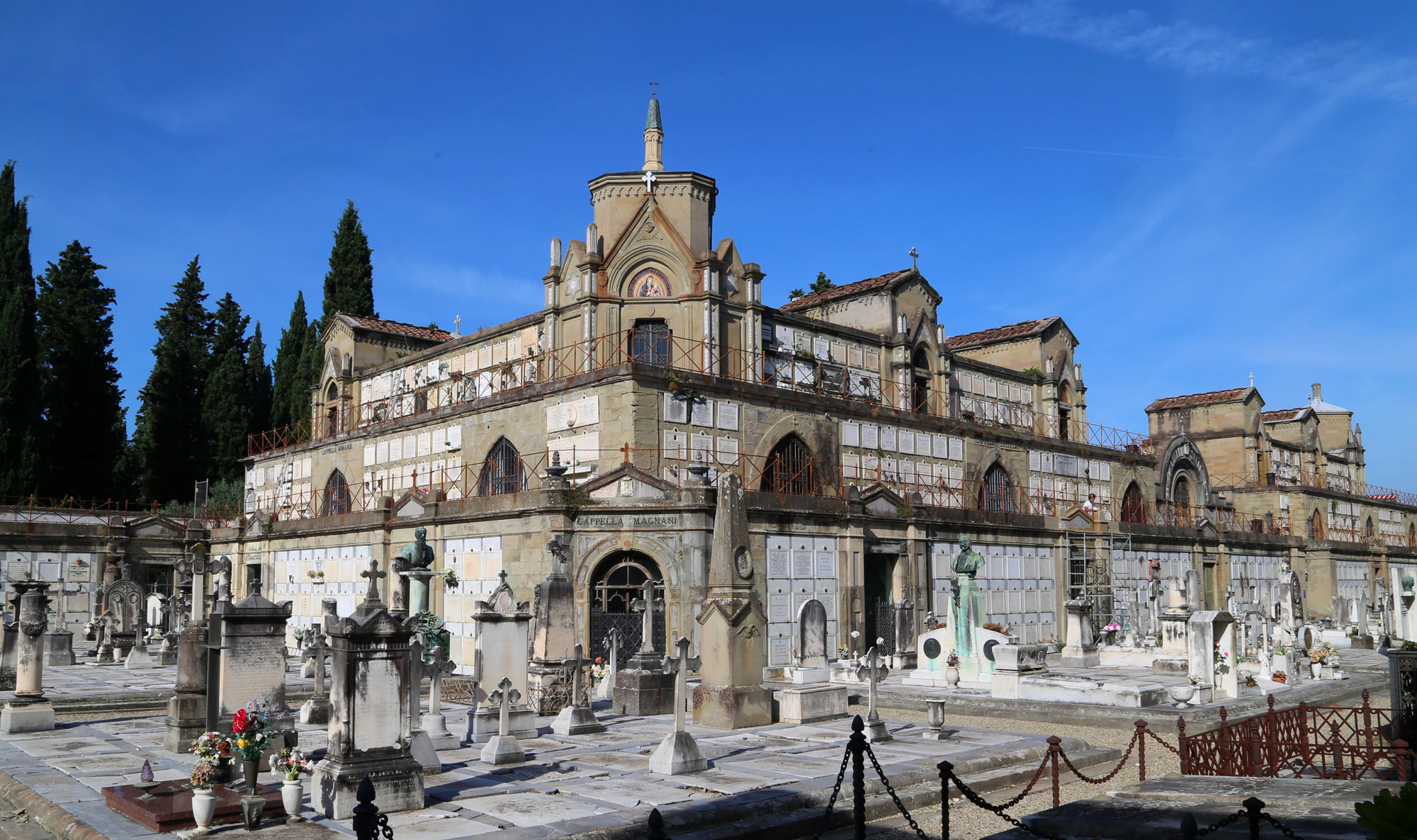