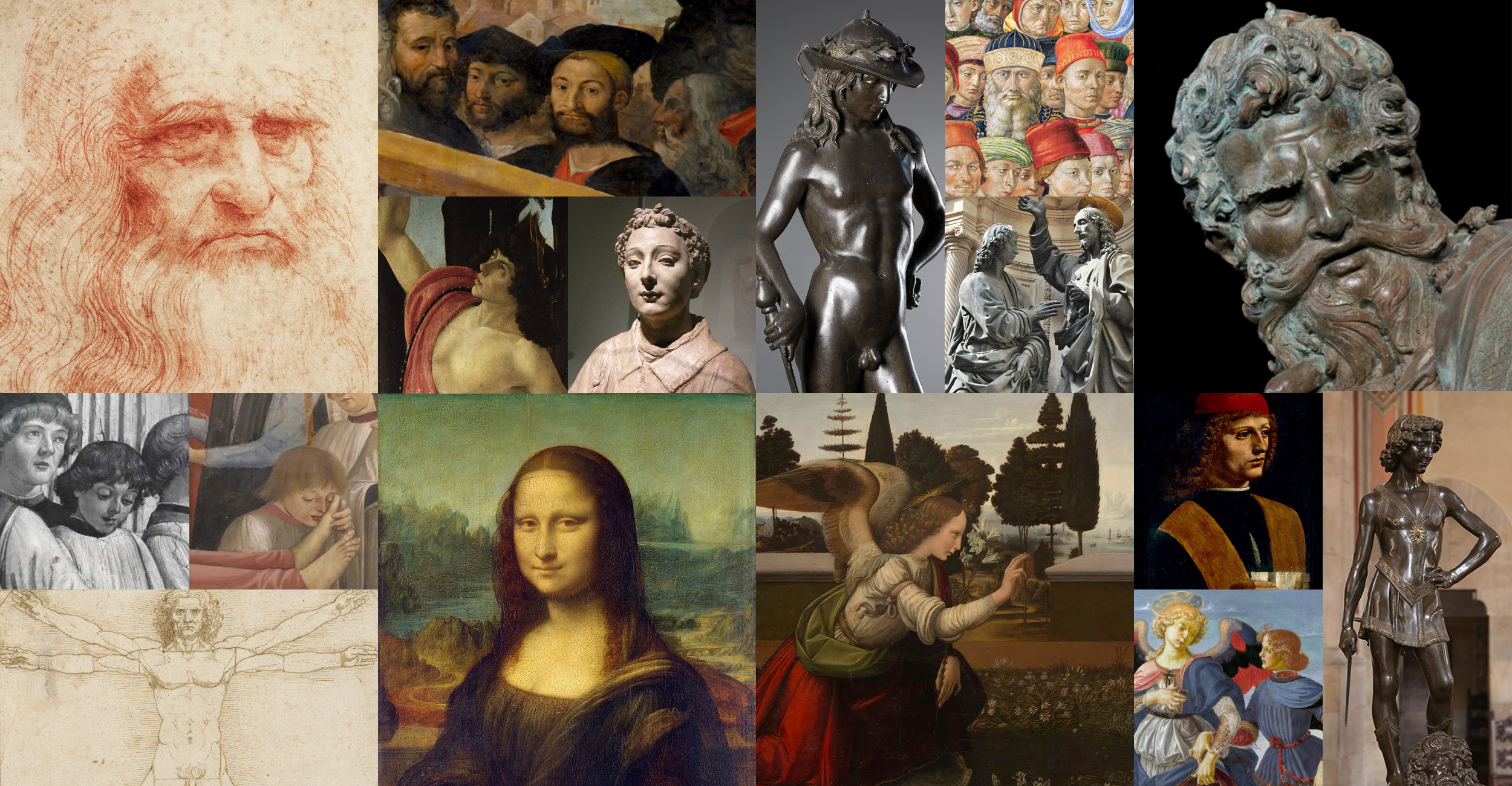 "This is not Leonardo da Vinci" by Riccardo Magnani

The untold history of Leonardo and the Renaissance

Let’s meet Riccardo Magnani, an academic and passionate researcher who has spent many years studying Leonardo da Vinci’s (1442 - 1519) fascinating world, and the ancient school of thought which gave birth to the renaissance movement. His publication "This is not Leonardo da Vinci" reveals the story behind one of the greatest artists and geniuses in modern history. It’s a compelling piece of work, which reveals and educates us with real facts on who Leonardo was and what is left of his legacy. Riccardo Magnani is one of the leading Da Vinci researchers, and makes us reflect on the life of the tuscan artist, particularly looking at the events which brought the first Europeans to America.

What brought you from Economics to becoming passionate about history? Is there a connection? The move from economics and finance to history and art was completely accidental and involuntary. Everything began in the richly decorated room of a renaissance palace in the Valtellina, which then turned out to be the treasure chest where neoplatonic florentines hid the bulk of their wisdom from Roman censorship. Driven by curiosity and endless doubts, I started looking for answers to the continuous questions that kept popping up in my head. There is no obvious connection between historical - both artistic and economic - and financial research. Both subjects could seem worlds apart, but actually the method of research, the analysis and testing of results is not so different.

How would you describe Leonardo da Vinci, his discoveries, his paintings and his passions to anyone hearing about him for the first time? Nowadays, finding someone who’s hearing about Leonardo da Vinci for the first time is as rare as finding a collector’s piece. Unfortunately Leonardo has become an iconic personality, whose story has not only become an artifact over the course of the centuries because of what he represented, but he also became a sort of brand under which all deviations of modern society could be placed. In reality, Leonardo was chosen, if I may say so, on the basis of his innate ability to continue the movement that had arisen in the early 15th century, known as the renaissance. He was taught by the biggest artists, humanists, mathematicians, geographers, musicians, and astronomers of the century before taking on this role, granted to him by Gemisto Pletone, the first reference of the neoplatonic bizantine world. He was endlessly thirsty for knowledge, the same thirst that drives any researcher, through which you can explore the world around you and find a connection between theory and practice. « Science is the daughter of experience » was his motto.

What similarities and differences do you see between Leonardo da Vinci’s art and contemporary art? I struggle to call what is being offered today art, its mantra seemingly being that of diversification at all costs. In an individualistic and self-referential society, arists don’t deviate from this, so as a result innovative choices are rewarded. Art  is born in ancient times and is then resumed in the renaissance as a representation of natural laws, its mandatory rules, in a harmonious and sculptural gesture of what nature represents. Leonardo’s art, like that of the most important and most ancient artists of the renaissance, expressed this relationship, which pictured mankind as a direct descendent of the universe. Today’s art is instead just a different way of communication, expressing all of mankind’s corruption, often dictated by business choices or by the eagerness of appearances - so much so that i struggle to call it art.

What contribution do we owe the artist in terms of the cultural, artistic and scientific development of the renaissance as a whole? We should’ve recognised that Leonardo and all of the renaissance movement massively contributed to bringing mankind back on the right track, as I said earlier. Leonardo and all artists inspired by him could have made a massive cultural, scientific and artistic contribution, if it hadn’t been quashed at birth by the Church, through coercive measures ranging from censorship when things were going well, to the destruction of the artists, philosophers and their works of art.

If Leonardo was a contemporary artist, would he participate to the Venice Biennale? Would he identify with the system? I strongly doubt that Leonardo would have aligned to today’s « system », for the same reason I decided to embark on this journey of research. It’s essential to understand that mankind is at the centre of a set of inescapable rules of nature, so adhering to a corrupt system that doesn’t respect this premise is contrary to one’s own nature.

Do we know what Leonardo looked like? How many paintings, drawings or sculptures is he in in Florence? On the premise that Leonardo certainly wasn’t born in Vinci, unlike what we’re told, he was a very important person in his era since he was born, when he was chosen by Gemisto Pletone for investiture based on his astral talent. For this reason, as well as what he did later in life (all you need to remember is that in 1465 he was already in Milan, earmarked as the biggest musician of his era), his contemporary artists depicted him or sculpted him in their works of art. From Donatello to Desiderio da Settignano, from Ghirlandaio to Perugino, from Verrocchio to Benozzo Gozzoli, to the lesser known and more minor artists, everyone portrayed Leonardo in their works of art. That means that to this day, we’re able to know his appearance at all stages of his long life, as he was famous and loved by his city in his own time.

"This is not Leonardo da Vinci"

This is not Leonardo da Vinci 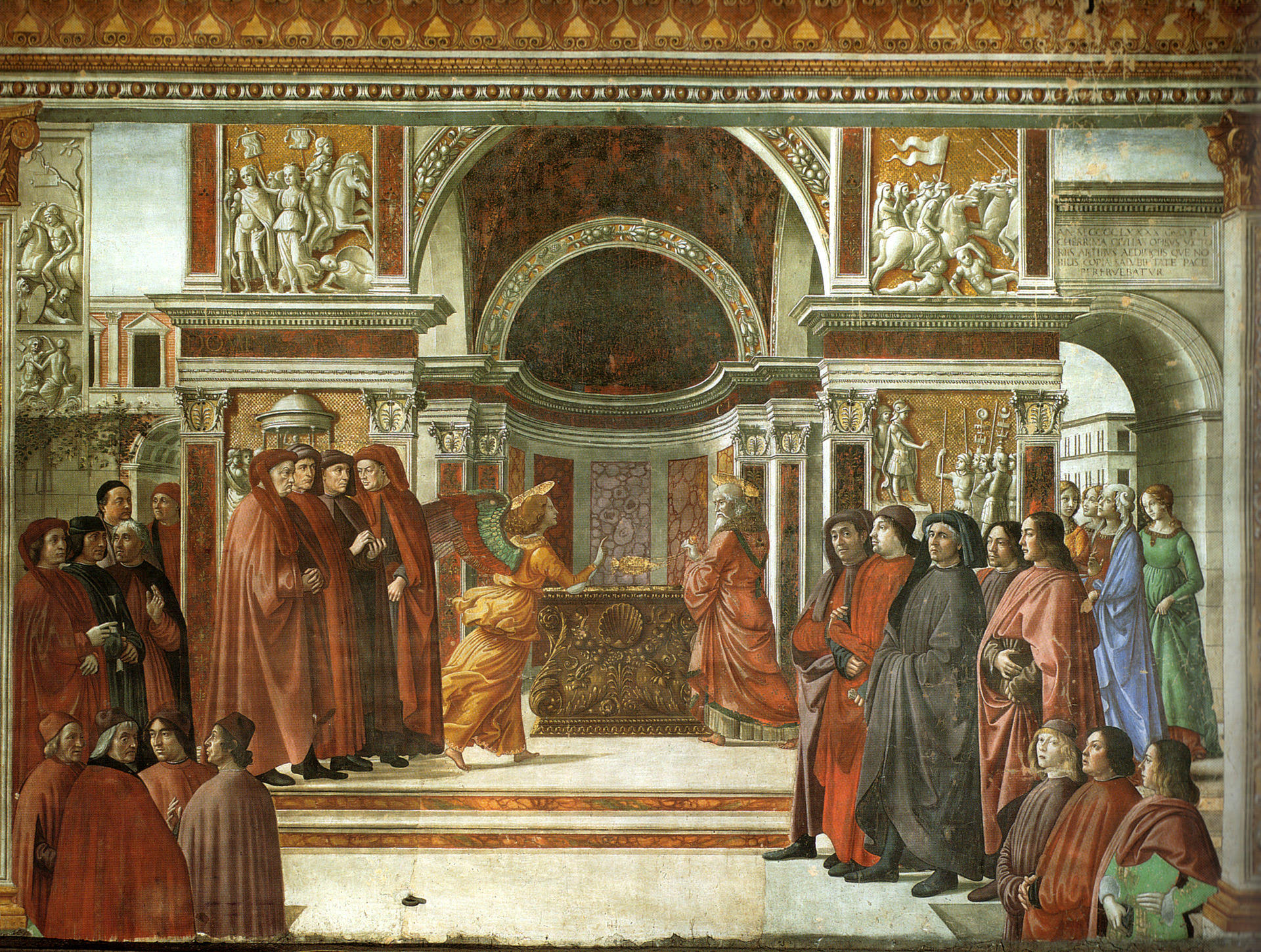 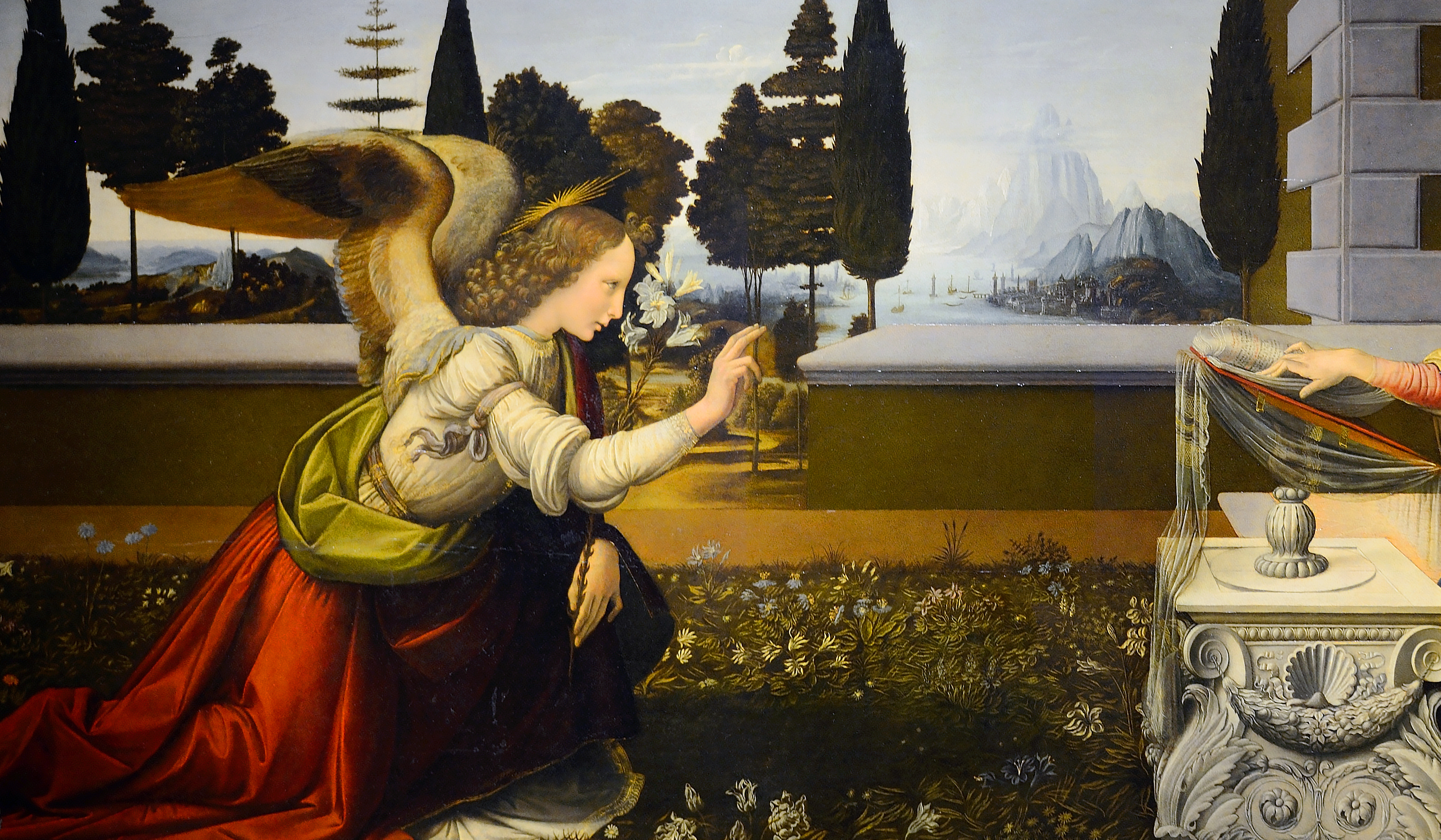 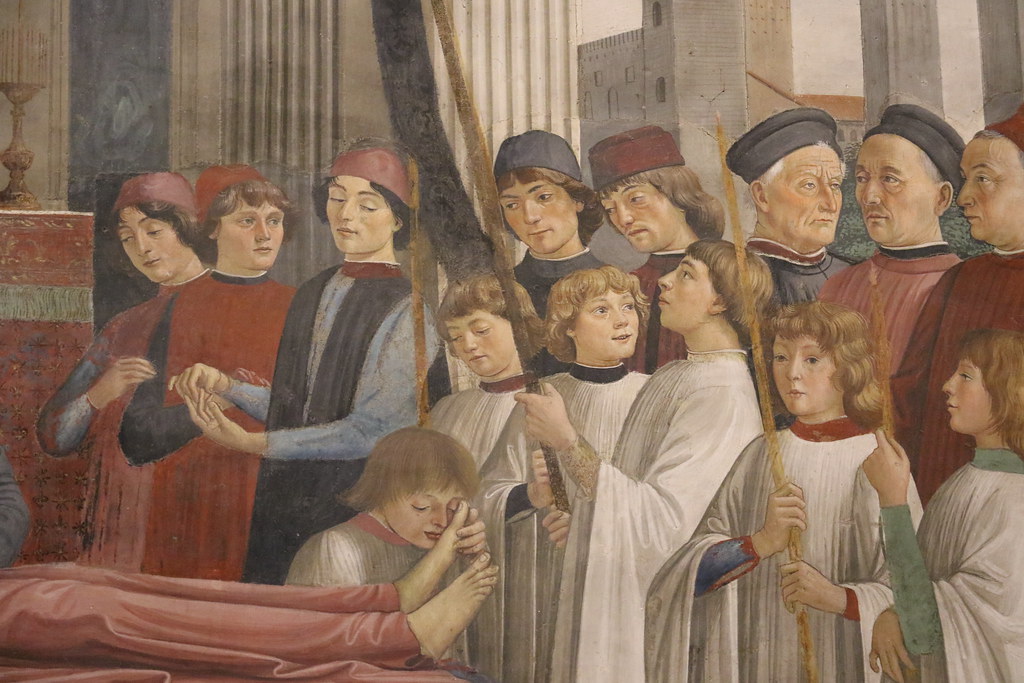 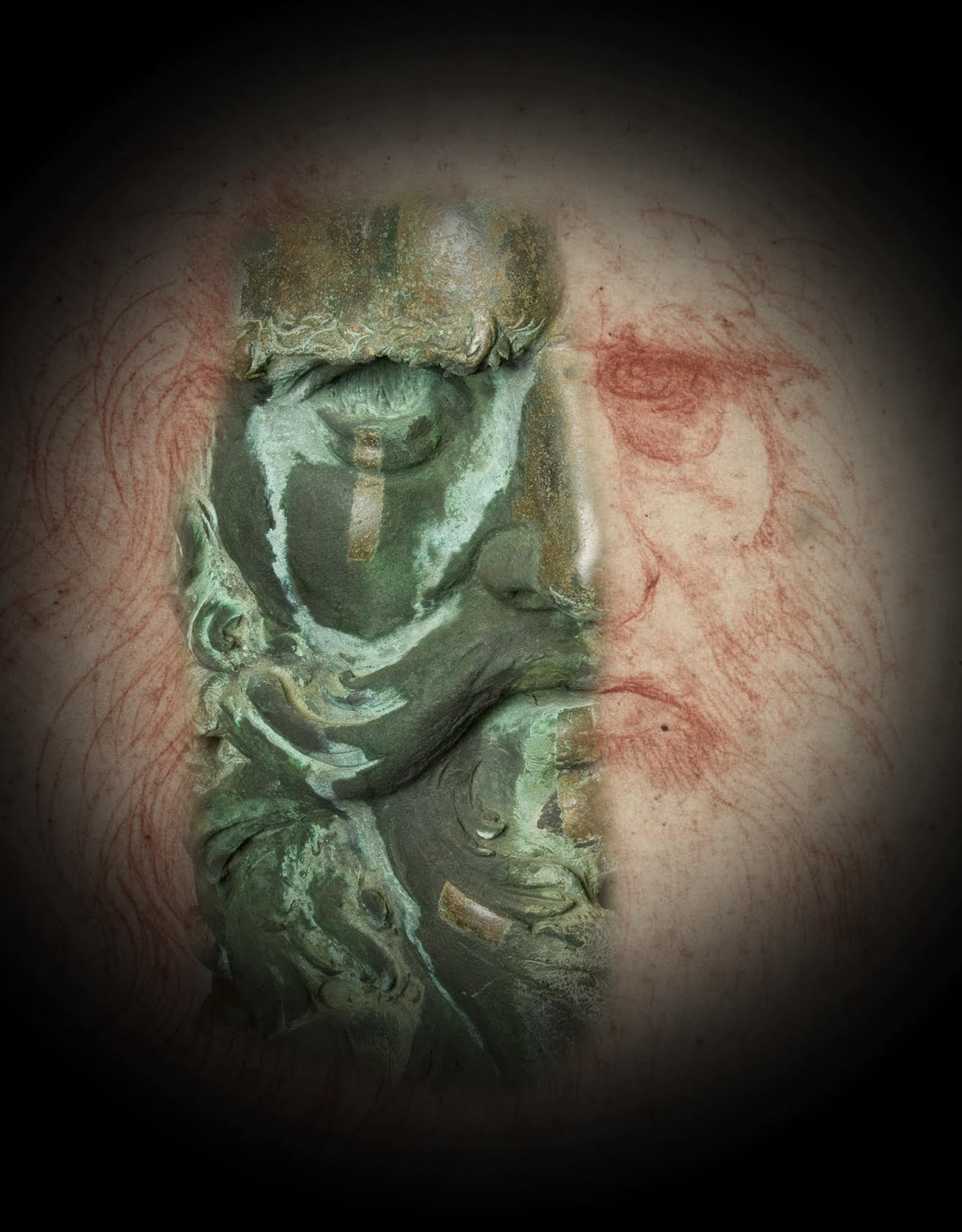